The unmatched sensitivity of our optimized GC/MS/MS triple quad method easily meets the lowest Canadian standards and guidelines for OCPs in water without the need for large 500 mL or 1 L sample volumes, which further advances the ALS commitment to sample size reduction to support faster and easier sample collection in the field with less potential for strain injuries to samplers.

What is Triple Quad GC/MS/MS?

Both GC/MS and GC/MS/MS use gas chromatography to separate organic substances in time using a capillary chromatographic column interfaced to a mass spectrometric (MS) detector. Both techniques use an electron beam to ionize and fragment organic molecules as they elute from the GC column, with detection of mass-specific molecular fragments. But with GC/MS/MS, a technique called Multiple Reaction Monitoring (MRM) provides far greater selectivity and sensitivity. With MRM, a precursor ion is isolated in the first stage of the MS, which is then further fragmented in a collision cell (2nd stage), with detection of unique “daughter” ions in the third stage of the spectrometer. GC/MS/MS eliminates most interferences that can occur with GC/MS because it only detects substances that can be ionized to produce the correct precursor ion, and where that precursor ion can be further fragmented to the correct secondary ion. Detection of these highly unique MRM “transitions” virtually guarantees the correct identification and accurate quantitation of each targeted analyte. 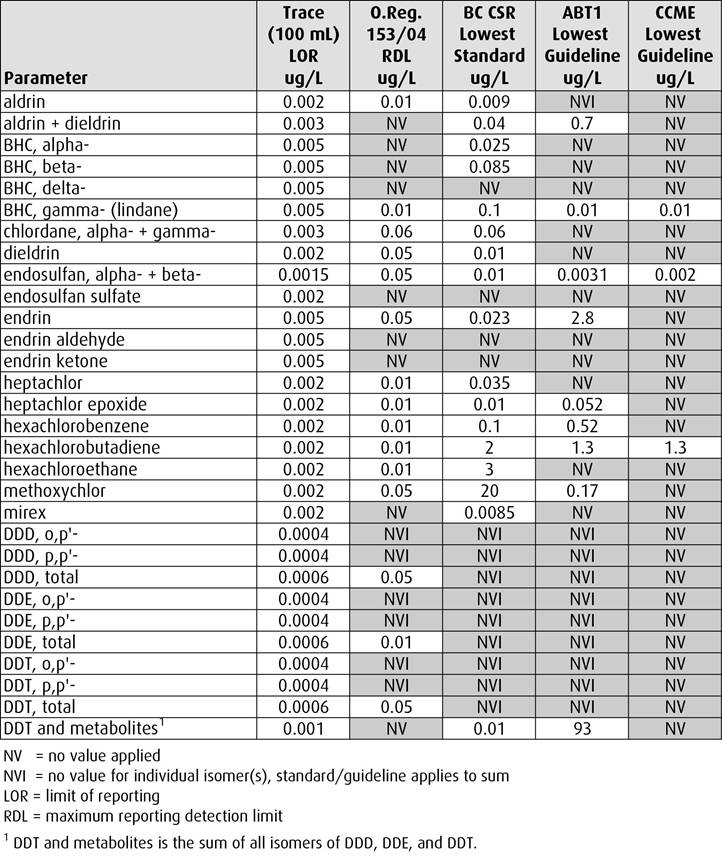 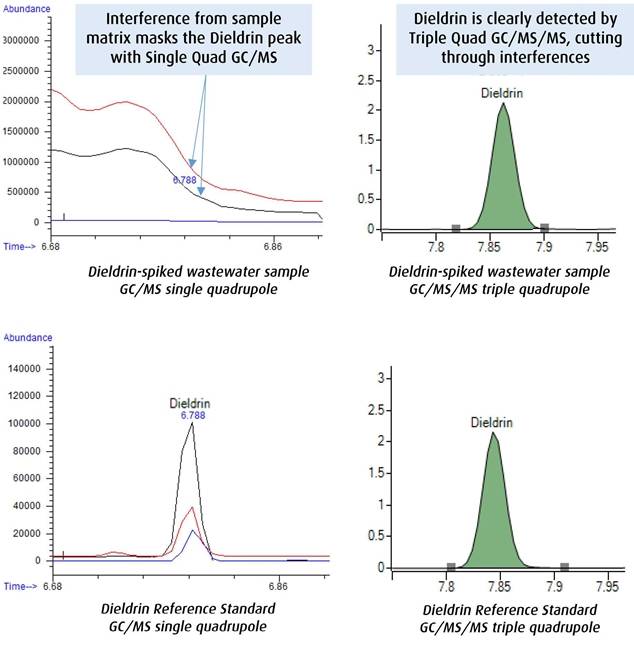 Figure 1: Effect of Interferences on GC/MS vs GC/MS/MS (same sample)

Traditional single quadrupole GC/MS provides good sensitivity and good selectivity from common interferences found in surface waters or drinking waters, but where ultra-trace detection limits are required, or for complex matrices such as wastewaters and some groundwaters where many potential interferences may be present, GC/MS/MS gives the most reliable results using the smallest possible sample size.

Figure 1 shows an example of single quadrupole GC/MS interferences for the measurement of Dieldrin in a wastewater sample, where these same interferences are easily resolved by triple quad GC/MS/MS. The bottom images show reference standards of Dieldrin, and the upper images show mass chromatograms from the wastewater sample, which has been “spiked” (fortified) with Dieldrin. In this example, the single quadrupole GC/MS data shows a major interference, which would lead to a nondetected test result with an elevated LOR, where the GC/MS/MS triple quad easily detects Dieldrin in the same sample with no interference.

In addition to its use for trace level detection limits, the GC/MS/MS method can also resolve interferences encountered during testing of difficult samples by our routine GC/MS method,
however some complex matrix samples (e.g. wastewaters) may require dilution with corresponding increases to our trace LORs.

Water samples for our Trace OCP method should be collected using 100 mL amber glass sample bottles which have been validated for suitability by ALS. For groundwater sampling, exclusion of sediment is important to avoid a potential for high bias of hydrophobic OCPs, which may be sorbed to particulate matter. Low flow sampling techniques are recommended to minimize disturbance and uptake of sediment. Sample filtration is not permitted for OCPs due to potential sorption to filtration media. Chlorinated waters should be preserved with sodium thiosulfate to reduce any residual free chlorine. Holding time for this test is 7 days (14 days for Ontario MOE applications).

ISO 17025 accreditation for the GC/MS/MS trace method is pending (expected January 2020). Refer to the ALS Waterloo CALA Scope of Accreditation for current status and details.