Understanding the density of coal is important for a number of reasons. This information is required to understand the mass of a coal deposit. It is also important to understand the coal yield, both in the deposit and as it is beneficiated through a coal preparation plant. 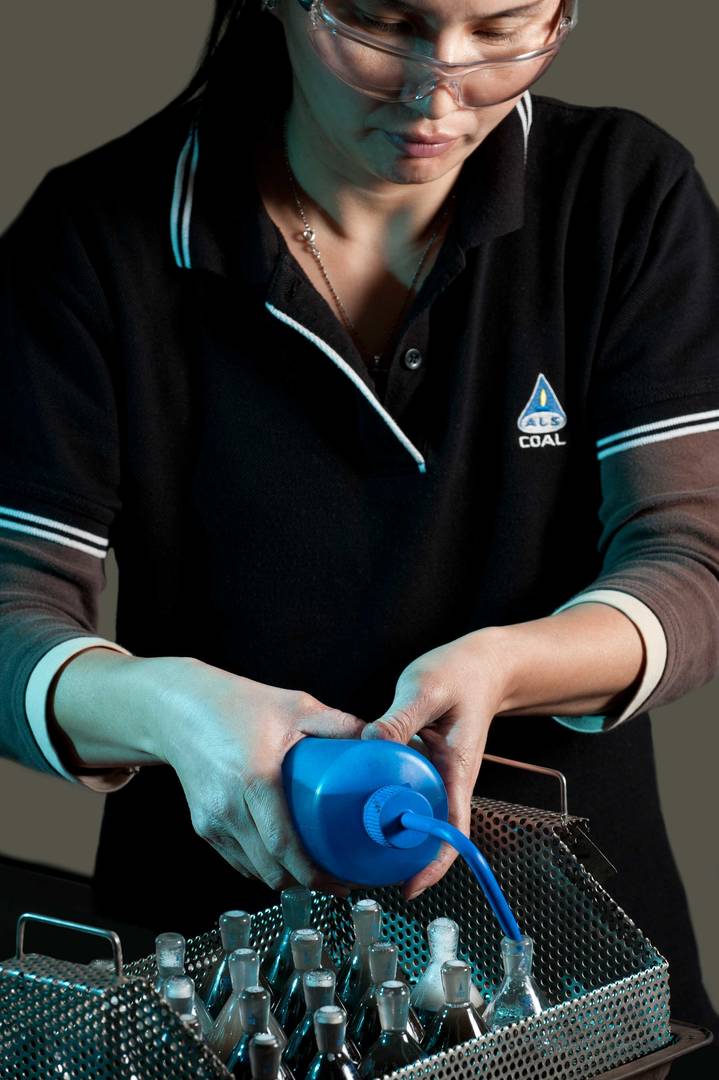 There are three common ways to measure coal density:

Apparent Relative Density (ARD): This analysis is performed by measuring the mass of coal in air and in water. In this analysis, +2.0 mm coal is examined. Coal that is not pulverized contains blind void spaces within the sample mass and therefore the results produced from an ARD test will produce a lower density compared to a relative density analysis (below). The density of the coal is presented as a ratio of the density of water via the equation below.


Relative Density (RD): This analysis is performed by transferring a known mass of milled coal (-212 µm) into a calibrated, stoppered density bottle (density pycnometer). Distilled water and a wetting agent are added and the bottle is treated to thoroughly wet the coal sample and remove trapped air. The relative density is calculated from the displacement of the wetting agent by the coal sample using the equation below.


Knowing the Relative Density of the coal in the deposit, it is possible to calculate the mass (tonnes0 of coal in the deposit (see (2014), “Australian guidelines for the estimation and classification of coal resources – 2014 edition, The Coalfields Geology Council of New South Wales and the Queensland Resources Council).

Bulk Density (BD): The bulk density is determined by placing a sample comprising broken coal into a container of known volume and measuring the mass required to fill this container. In any bulk density measurement, the test conditions should simulate or represent, as closely as possible, the actual conditions under which the bulk density needs to be known as the method used will influence the result.