Perfluoroalkyl Substances (PFAS) are a family of man-made, fluorine containing chemicals, some of which have been used in commercial and industrial applications since the 1950. Formulations such as TeflonTM and ScotchgardTM contain these chemicals, imparting properties such as resistance to heat, water and staining. Due to their persistence, toxicity and bioaccumulative potential, there is concern regarding their possible effects on the environment and human health. In 2009, the Stockholm Convention list of persistent organic pollutants (POPs) was expanded to include Perfluorooctane sulfonic acid (PFOS), its salts and Perfluorooctane sulfonyl fluoride in Annex B with acceptable purposes and specific exemptions.

Aqueous film forming foams (AFFF), which are used in firefighting, contain PFAS. The US military is the largest user of AFFF, however they have been used historically by many agencies internationally for fire-fighting and related training exercises. These compounds are also used extensively in many industries such as aerospace and electronics, so contaminated sites are not limited to firefighting activities. The use of AFFF has led to groundwater and surface water contamination in affected areas, a problem made worse by the ability of some PFAS to migrate through water.

Two of the most commonly used PFAS compounds have historically been PFOS and Perfluorooctanoic Acid (PFOA). The production of PFOS-based AFFF products ceased in 2002, but huge stockpiles remain at various locations throughout the world. The European Union required the removal of all stockpiles of PFOS-based AFFF from service by June 27, 2011 and Environment Canada required the removal of existing stockpiles by May 29, 2013. Since this family of chemicals has such unique physical properties, closely related compounds (often shorter chained analogues of PFOS and PFOA) have been substituted for PFOS and PFOA in AFFF and other commercial applications. Therefore the need-to test for additional PFAS compounds is becoming more important.

The ALS laboratory in Waterloo, Ontario supports the testing required to comply with current Canadian requirements such as the BC CSR Regulation and the proposed Health Canada Guidelines. ALS has the ability to test for levels much lower than limits listed above to increase the level of confidence of the testing, and can also report an expanded list of 28 PFAS compounds. These capabilities help to ensure that current data may be evaluated against future standards, should regulated PFAS lists expand or limits become more stringent.
PFAS is commonly used in firefighting foams due to its unique ability to repel water and oil 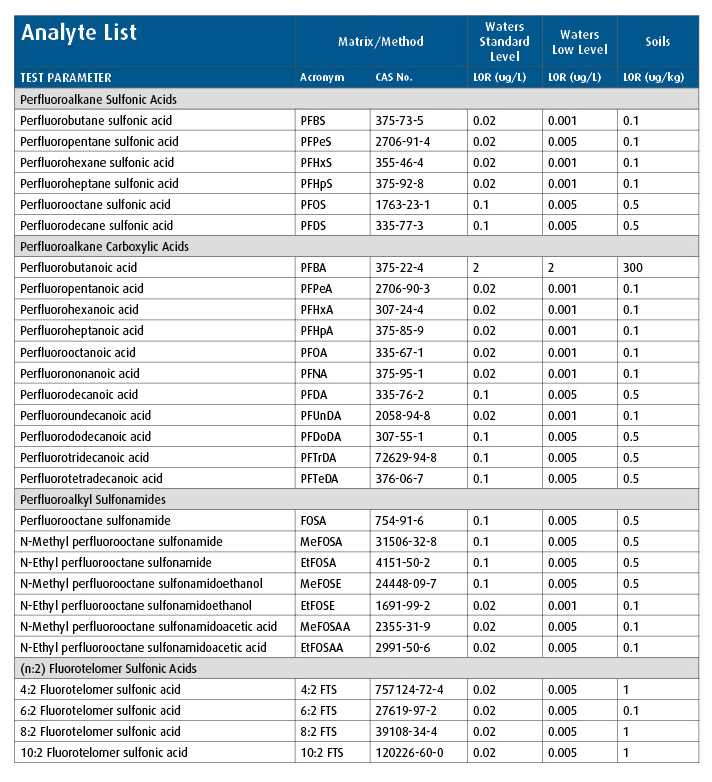 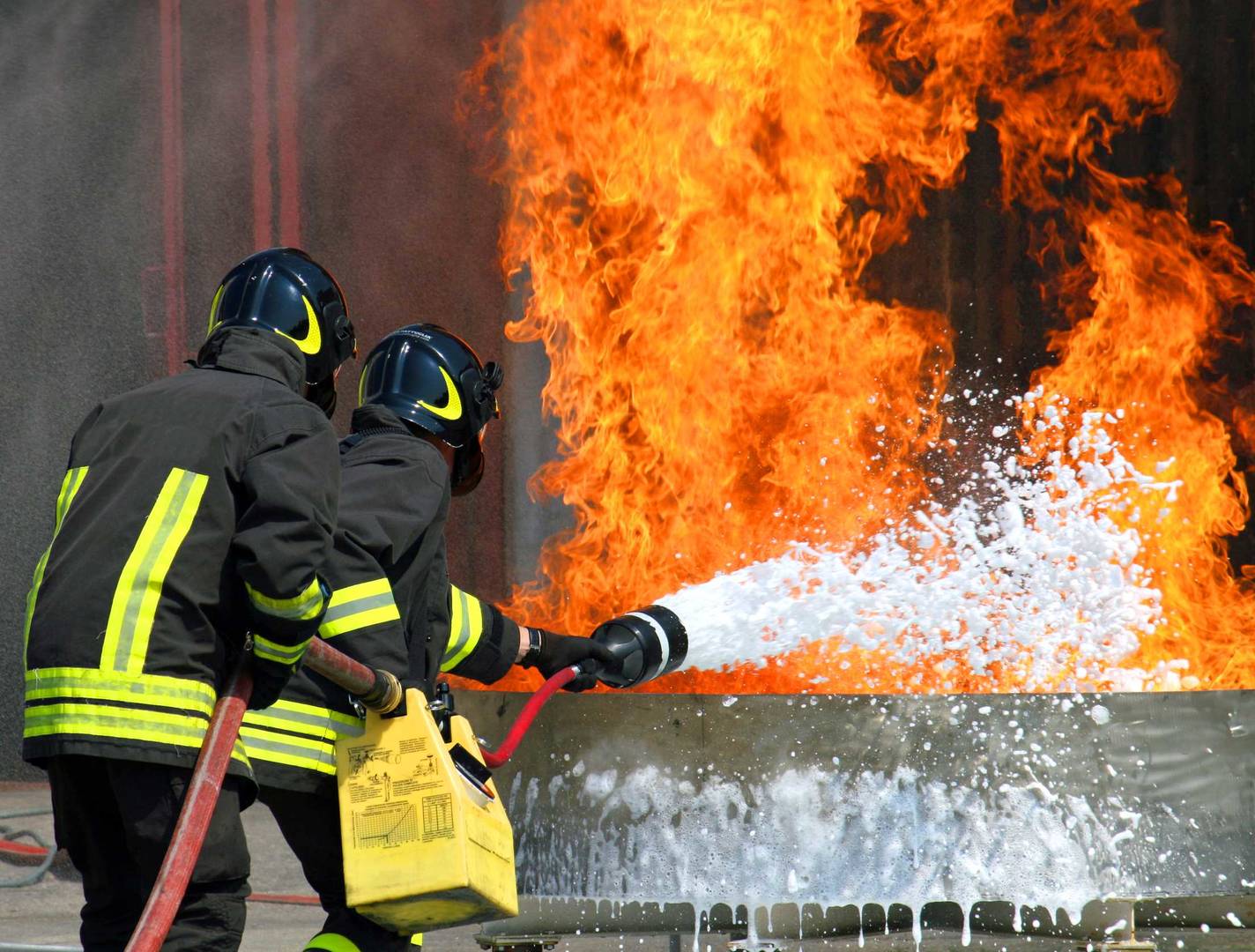 Care must be taken to ensure samplers are not wearing clothing containing PFAS. Bottles must be HDPE, with no TeflonTM lid. PTFE (Teflon) plus rubber should be avoided during sampling and storage (e.g. tubing, bailers). For further information please contact your local ALS Client Services Team.