Request a quote for our quality-assured services, and we will get back to you within the next few business days.

Have questions or comments about our services? Please send us a message and we will get in touch with you soon.

Objective identification of mineralogy using reflected light spectroscopy has become commonplace in the mineral resources industry. Primarily using visible and short-wave infra-red light, the technique is useful for highlighting mineral phases that can be notoriously difficult to identify using conventional visual logging. Examples include considering fine-grained samples where individual mineral grains are impossible to see under a hand lens or distinguishing between the different types of white mica or chlorites. 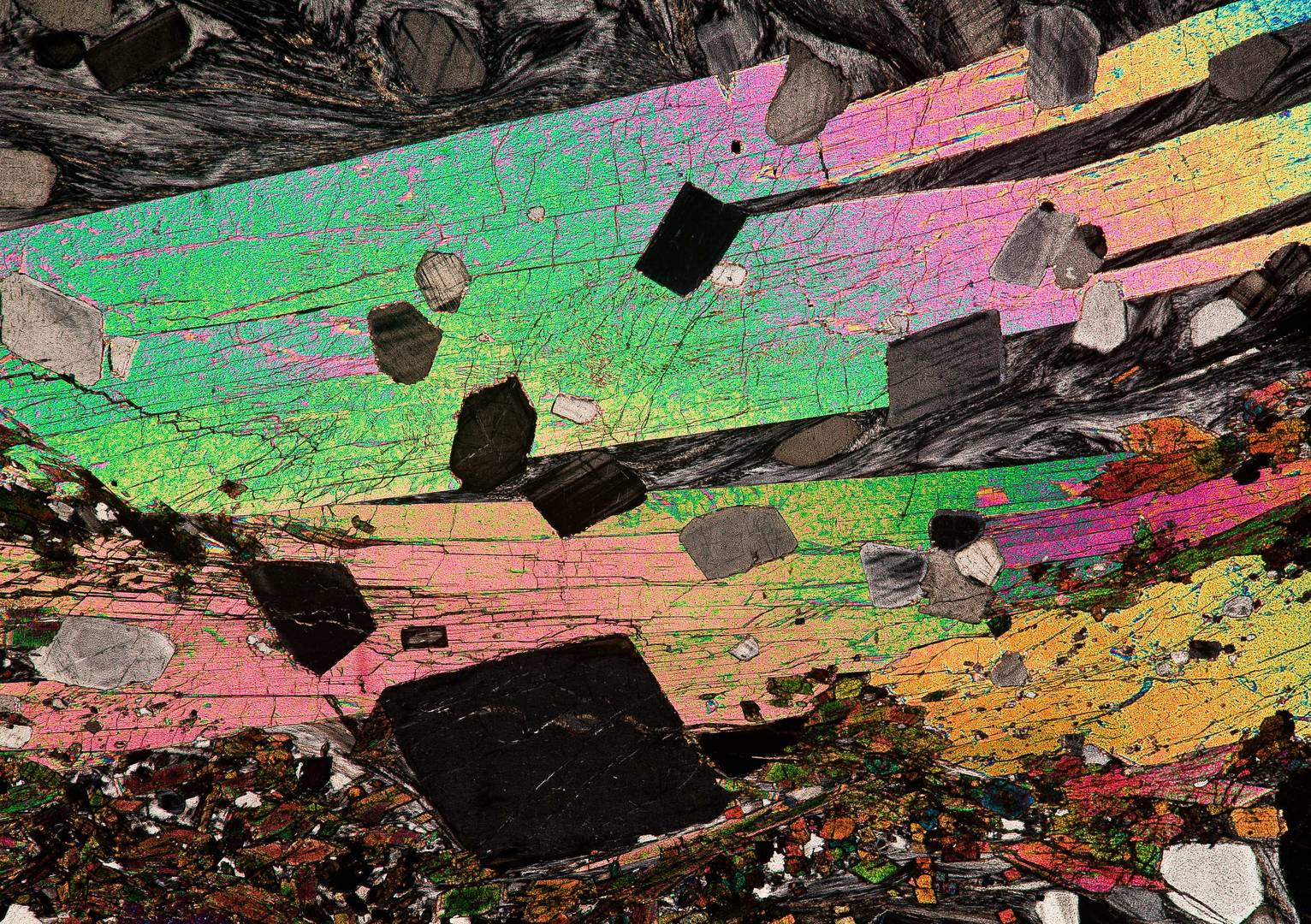 ALS can collect high quality reflected light spectra from samples in the visible and short- wave infra-red wavelength ranges, using a TerraSpec® 4 HR spectrometer. Crushed sample material (e.g. coarse reject) or drill chips from RC or AC drilling are the recommended sample type, and these can be provided in bags or chip trays. It is common for each sample to represent 1m of drilled material, though larger composites are also feasible. Samples can also be collected from outcrop.

The output from the TRSPEC-20 method is either a raw spectral file in ASD format, or an ASCII file. Data can then be imported into several software packages designed to process spectral data to develop interpretations and derived outputs to aid project objectives.

Some geoscientists have the requisite skills and experience to interpret spectral data. Alternatively, raw spectral data can be interpreted by a third-party. ALS has partnered with AusSpec/IMDEX to offer the aiSIRIS cloud-based automated mineral interpretation service. This system uses artificial intelligence to interpret spectra, outputting mineral assemblages and spectral parameters that are considered to most closely relate to the geology of a project.

The INTERP-11 method is more effective when some information relating to project geology can be provided, as this information is used to guide the system in what to consider. The data is delivered in a spreadsheet format, making thematic mapping of parameters in 2D or 3D very simple, once the sample spectra are linked with their spatial information.

The HYP-PKG package code includes the TRSPEC-20 and INTERP-11 procedures together, to provide a cost-effective solution for the acquisition and interpretation of VIS-SWIR spectral data.

Many minerals that form during hydrothermal alteration events can be identified using hyperspectral reflected light, particularly in the short-wave infra-red (SWIR). Several relevant minerals associated with other deposit types can also be identified, and the technique can also be applied in deeply weathered regolith environments, where it can be used to interpret paleo water tables, redox fronts, and transported-residual regolith boundaries. Objective mineral identification greatly assists in mapping mineral distribution. Mineral maps can be used to guide exploration activities, or to inform geometallurgical models to optimise mine performance.

It is also important to emphasise that this type of spectral scanning provides a qualitative output (i.e. whether a mineral is present or not). In some cases, the strength of a spectral feature may correlate with the modal abundance in a sample, however this is not uniform across all minerals. Consequently, the concept of “spectral abundance” is sometimes used to highlight mineral phases that are returning a relatively strong signal. 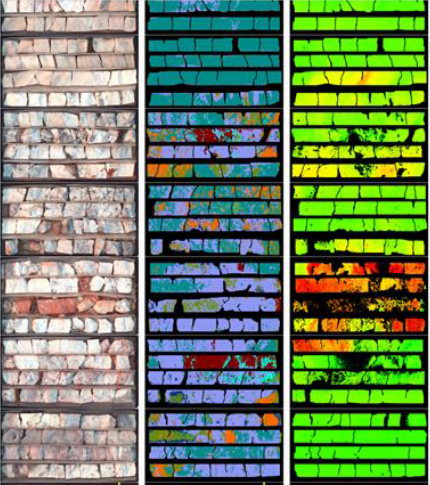 Hyperspectral imaging of core by Terracore 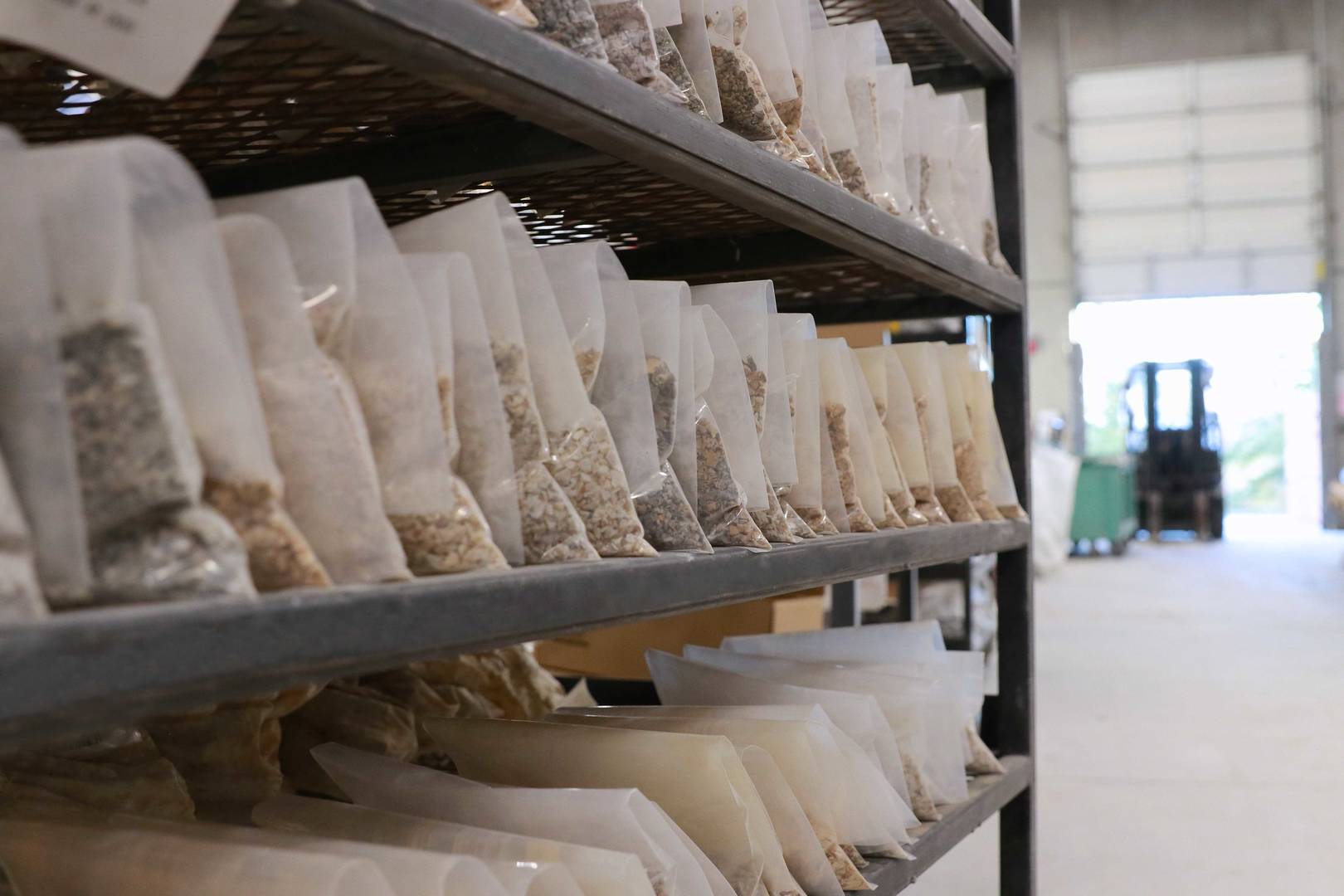 Preparation of samples prior to spectral scanning